May 13, 2004 - It takes a great big shock to create hype on the same level of titles like Grand Theft Auto, Halo, and Fable, but the good folks at Criterion Software have gone ahead and done it. You've probably already heard about it too; as the game known simply as Black has been creating some powerful buzz since being revealed behind closed doors at the 2004 Electronic Entertainment Expo. Shown very selectively to a small group of journalists at random intervals throughout the day, Criterion's Black looks to be nothing short of incredible.

Set in the near future of Eastern Europe, players will assume the role of a retired member of an off-the-books Black Operations agency that's been pulling secret missions for the U.S. government. One day when your colleagues go missing, you're the only agent capable of making the covert infiltration needed for their rescue. Though honestly, the term "covert" quickly loses its meaning when the assignment gets messy. And by messy, we mean total carnage.

"We wanted to be able to put you in a room with nothing in it and still let you have a lot of fun," commented Craig Sullivan, Lead Designer, Criterion Games. "The whole point of it all is take the first-person shooter genre and make it the way we want to. We want to make something you can play that's exciting as a movie firefight. Even the lowest form of a gun in a game should still scare the sh*t out of you. If the gun is fun to fire in an empty room, we've got something. If not, we've got nothing. Sure there will be some things we do that other games do too, but we'll do them differently. You won't shoot at the floor and burrow down into nothingness, for example."

At first, Black may seem a little formulaic to PC veterans. Totally story-driven and populated with an abundance of different characters, it'll possess frequent NPC radio chatter and several opportunities to interact with A.I. controlled minions. For casual game players it may sound a bit like Half-Life or NOLF, but once involved with the mechanics, players will likely realize the differences.

For one, the finished version of Black will boast objects and environments that can be completely and totally destroyed with a mixture of real-time and scripted segments. The demo we were allowed to watch and participate in illustrated these dynamics perfectly as we moved from an empty starting point to the remains of a war ravaged city street. To see what the game can really be capable of, however, we didn't even have to move; as the excellent deformation system could be exposed immediately in the first room. Cycling through our three available weapons (pistol, shotgun, and machine gun), we blasted away at the walls with realistic effects. Paint chips, wall fragments fall into pieces, and debris clouds all form and dissipate with eerie realism. 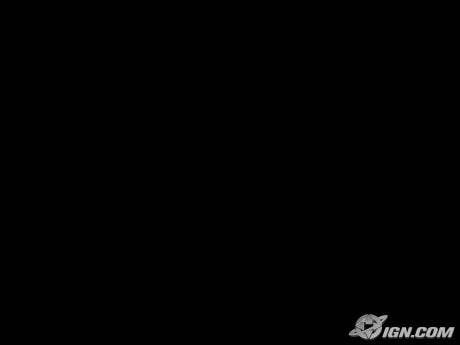 Moving outside brought even more amazing reactions as objects broke and fell relative to where they were shot. In one quick melee, for instance, we chased a pair of enemy soldiers with our machine gun as they ducked for cover behind the windows of a nearby building. But not only did we eventually blast their lifeless souls into nothing but little ribbons, we also took out the majority of the building they inhabited with it; destroyed windows, collapsed catwalks, and signs that were meticulously dismantled were all examples of our unbridled video carnage. At one point, we even managed to blow the tires out of an automobile and dropped a giant water tank from the top of a disheveled brownstone.

Unfortunately the demo pretty much ended with that; as the team wasn't quite ready to reveal additional details about the possible multiplayer features, game modes, or how many levels there are. From what we played with so far, however, Black is incredibly fun -- even at this early stage. That by itself is an impressive feat too, as the team hasn't even implemented the A.I., storyline, or deeper gameplay mechanics yet (there's still more than a year to go before the game is done). If that level of entertainment isn't proof of how involving Black could be when it's finished, though, we don't know what would be.

Sadly, Criterion wasn't prepared to publicly release any media of Black just yet; as the team was adamant about keeping it and its conventions a secret for just a bit longer. Even so, you'll have to take our word for it that the game is absolutely stunning; with a bevy of special effects, animation, and lighting bits at with almost no slowdown from the 60fps benchmark at all. We really wish we could show it to you soon, as we haven't been this excited for a game in quite sometime. Hopefully, we'll be back soon to tell you even more reasons why.