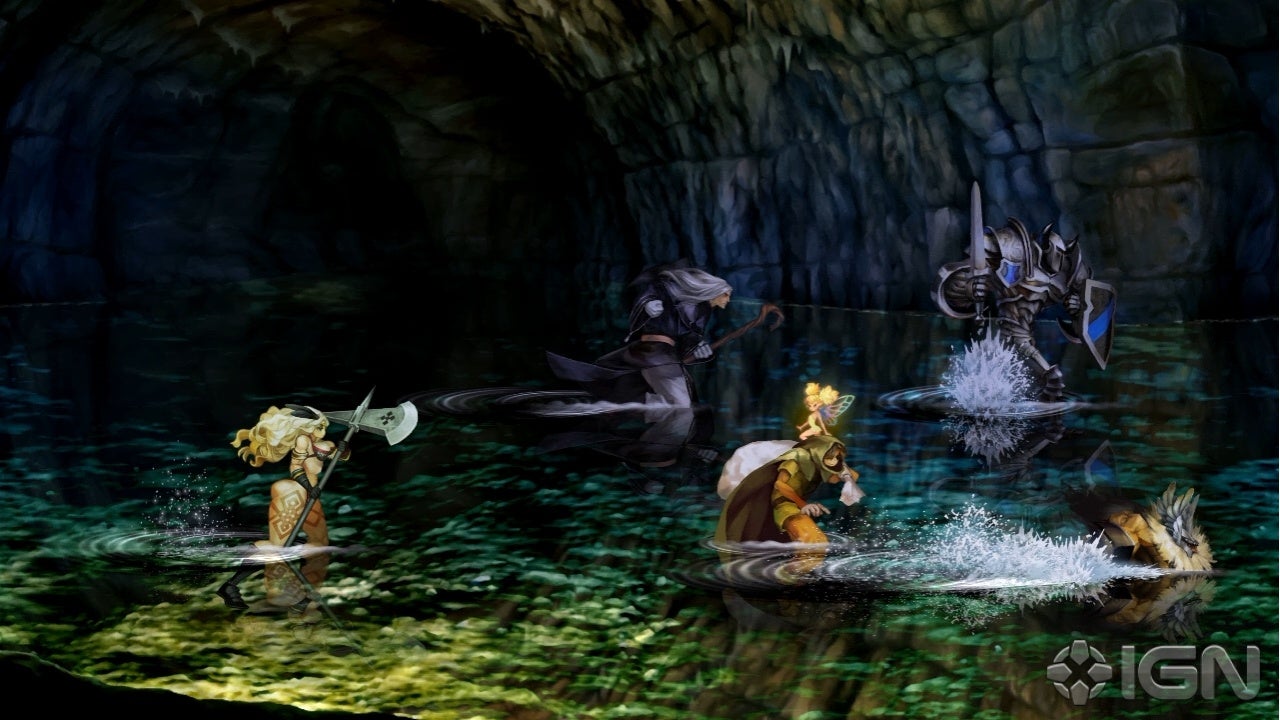 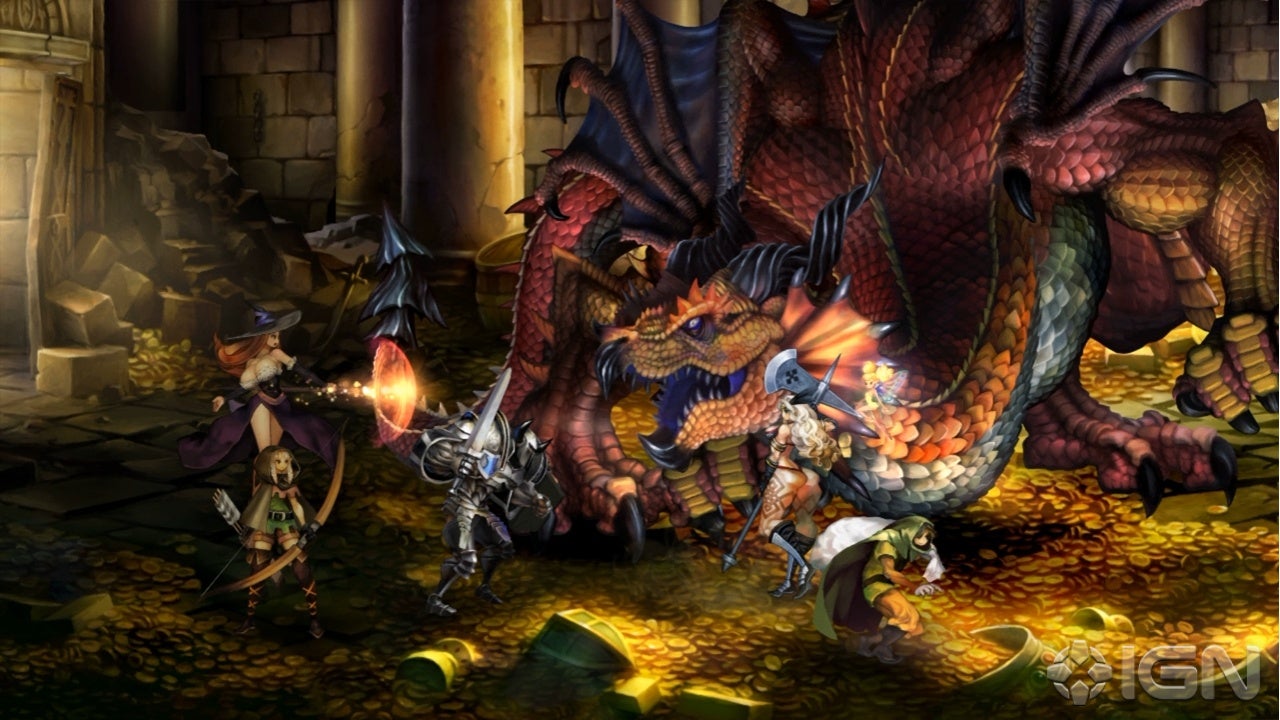 Degenki PlayStation has posted an interview with Ignition's Kashow Oda about Dragon's Crown, the PS3 and PlayStation Vita game that's being developed by VanillaWare. Here are some of the major points:

On the reaction to the game

On difficulty and balance

The game's difficulty is being set so that beginner players and high level players can play together. Rather than your character rising in level based off how you play, the game takes the direction of having you make your character's skills stronger by using items that you collect. In multiplayer, when a beginner is matched with advanced players and the party tries out a difficult dungeon, the beginner player can obtain powerful items.

You're free to make your party any combination of charactrs. You can have everyone be elves, or everyone be sorcerers, for instance. If you opt for elves, who use arrows for their attacks, you'll end up working through the dungeon using long-range attacks.

Some dungeons will be more difficult with certain party formations. However, they're making it so that you can support yourself with items, equipment and magic.

One thing they want players to do is discuss the quests at the start in order to create a strategy.

Even at the current point in development, there's already a large number of quests that you can take from the guild.

Some of the game's dungeons are so huge that you won't be able to explore them in full during the course of a single quest. To see the full dungeon, you'll need to play quite a bit.

With all that in mind, the game will have about 40 to 50 hours play time.

Regarding the game flow, rather than clearing stages, it's more like you're clearing quests. For example, when you head out to a dungeon on a quest to find a particular item, you'll be forced to go down a particular route through the dungeon.

Your actions may effect how the stages play out. In the case of a certain boss enemy, you can steal an item from him without him noticing. But if you make him mad, he'll chase you not just through the current stage, but will also pursue you to other dungeons as well.

Similar to this, they're making it so that there are lots of options for how you proceed. You can jump right into the fight straight on, or you can select to flee. There are other options as well -- options that you may have to find in the stage.

Two of the game's character classes are fairy and thief. These two are exclusively NPC types, though, meaning you don't control them. They accompany your party as support characters as you work through the dungeon. (You'll recall that it was previously said that if you lose a weapon during battle, a thief will have to steal a new weapon from the enemy. Although Oda didn't mention this in the Dengeki interview, his comment helps explain how this system will work.)

When playing the game offline, you'll find bones around the stages. As previously detailed, those bones are the remains of other players who died in that spot. You can see the status of the player when he died, and also view his dying message.

If you take the bones that you find in the stages to the shrine in your town, you'll be able to revive the dead players into an NPCs. This is called the "Bone Collection System."

You can store a collection of these bones, although there will probably be a limit to the number. The number will be many tens -- they're seeing how many they can fit in based off the hardware limitations.
Klicken um auszuklappen...
Das Bone Feature ist Demons Souls like echt cool

"If you’re fighting one of the game’s titular dragons — a red dragon, for example — he might be sleeping on top of a mountain of treasure. If you try taking the treasure away, he’ll wake up and attack you. If you’re confident in your skills, you can go ahead and defeat it, but that’s going to be pretty tough," said George Kamitani, Director of Dragon’s Crown.

Really tough if you stumble upon the dragon as say a level 5 Elf. Before you wave a white flag and let the monster turn you into a pile of bones for another player to pick up consider thinking of a way to escape. Vanillaware designed boss encounters in Dragon’s Crown with multiple ways to survive.

"So what are you supposed to do? One option, if fighting isn’t going to work, is to run away in the midst of battle. The dragon will chase after you, but if you can survive until you reach a stone bridge along the way, you have a chance to collapse the bridge and drop the dragon below," Kamitani explained
Klicken um auszuklappen...

Some rumors have popped up recently regarding a possible cancelation for Vanillaware's PS3 and PlayStation Vita action title Dragons Crown. A party closely related to the project has responded.

In a post at his Twitter account today, Vanillaware illustrator Shigatake wrote, "I personally can't say much, but I'll just say, 'Regarding Dragons Crown, although there are lots of rumors and conjecture, it's still in development. Please wait patiently for an official update."

Aram Jabbari has answered a few more fan inquiries regarding the upcoming multiplatform title, Dragon’s Crown. Atlus’ Manager of Public Relations and Sales commented a bit about the current plans for multiplayer support, Japanese voice acting option, Playstation Network release and when to expect more new for the 2D action role-playing game. You can check out the latest artworks and screenshots in the slideshow to the left of this article and Aram Jabbari’s responses from the comments section of the Playstation.Blog below:

The current plan is for support of 1-4 players, as indicated by the existing Japanese website. As we caution in the OP however, some details are subject to change given how early in development the title is.


As we’ve said previously, it’s something we ALWAYS explore because we know our fans want it. Sometimes factors prevent the inclusion of the original Japanese audio track, but if it’s possible and feasible, we’ll do our best!


Current plans include both.


When to expect more news:


There are no plans in place for when the game will next be shown, but we’ll certainly have a lot more to share in the coming months!


Dragon’s Crown is currently being developed by Vanillaware with help from some key staff members at Atlus. The 2D action role-playing game will be released for the Playstation 3 and PS Vita in North America next year.*
Klicken um auszuklappen...
http://www.examiner.com/article/atl...se-and-multiplayer-changes-for-dragon-s-crown 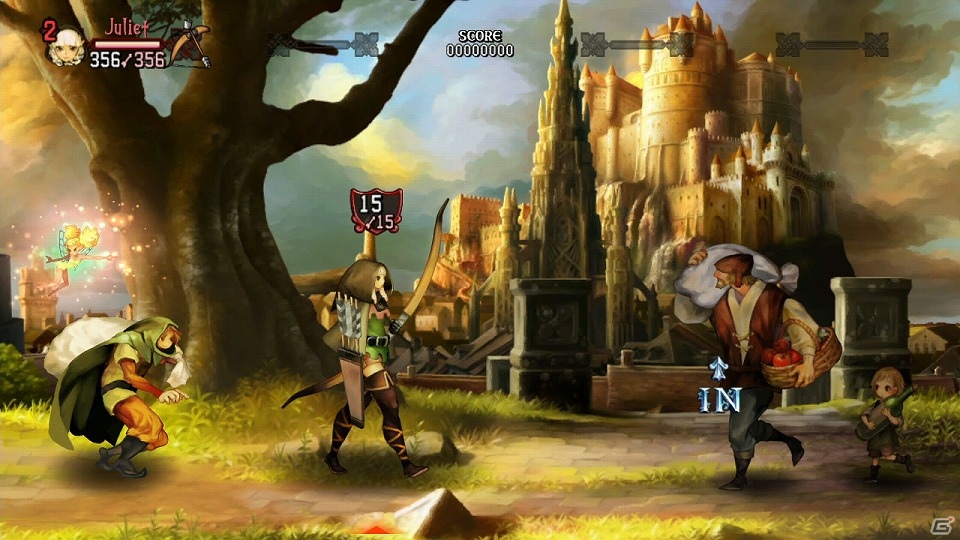 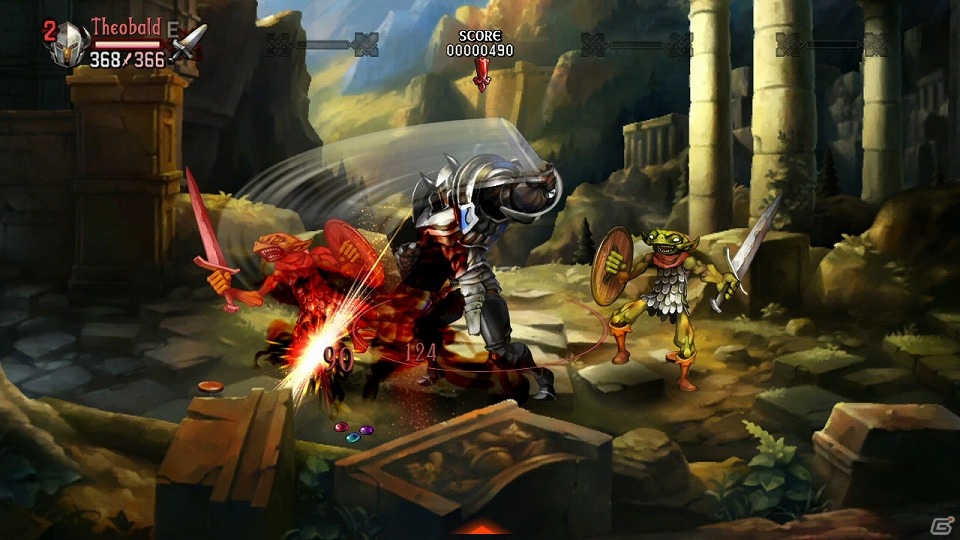 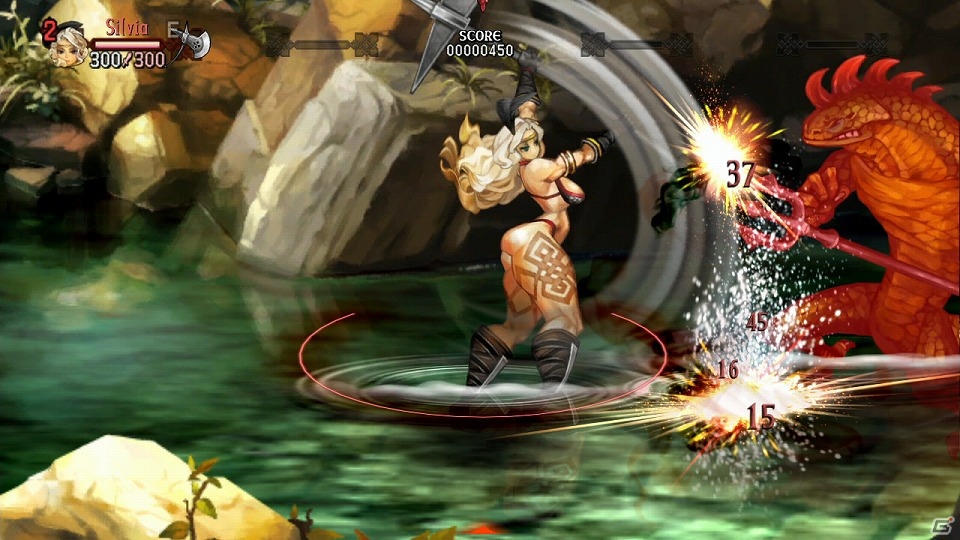 down the rabbit hole

Dragon's Crown to re-emerge next week

Dragon’s Crown Will Roar At Japan This July A few more details about Dragon’s Crown slipped out alongside the game’s July release date. Famitsu reminds readers that Dragon’s Crown is a hack and slash game with action, character growth, and collecting elements. Before you trek into a dungeon you can purchase provisions in town. The game has quests to take on and events scenes. In dungeons, players can earn experience points, money, and equipment. 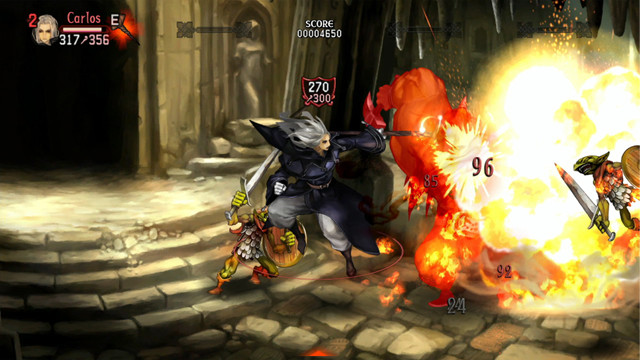 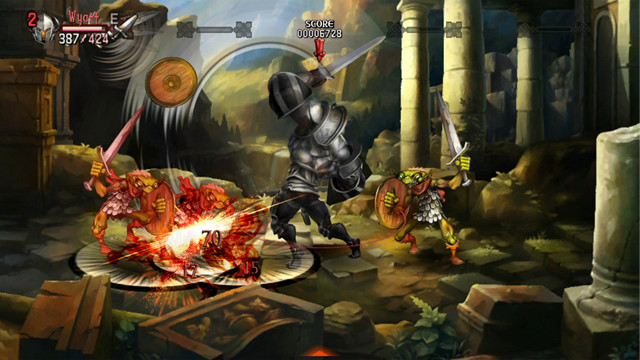 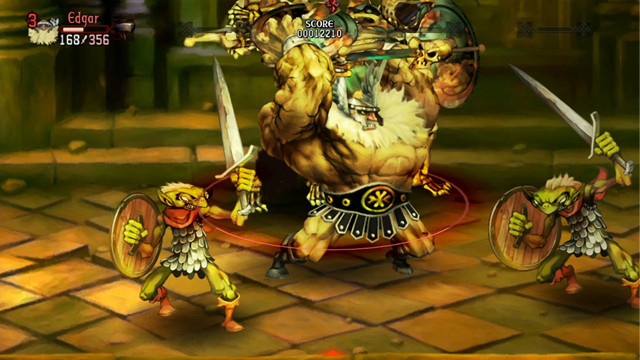 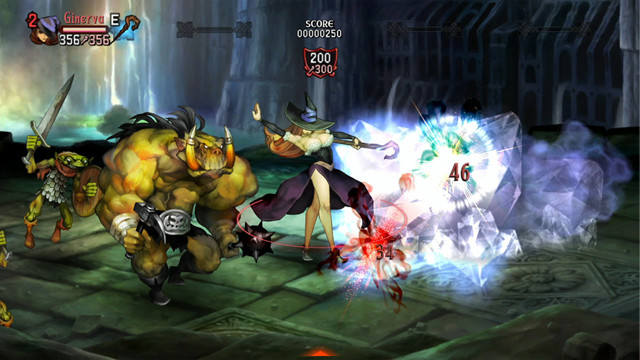 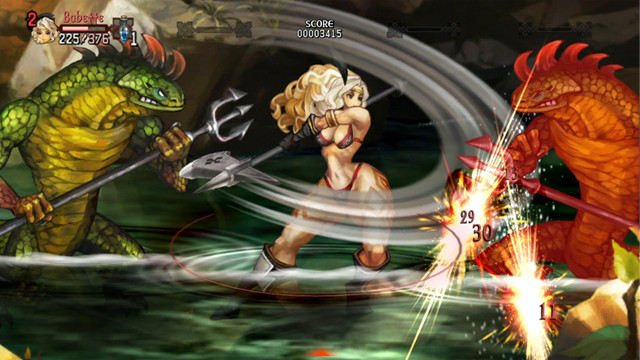 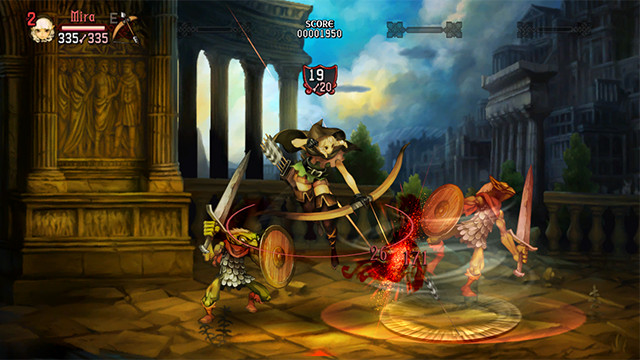 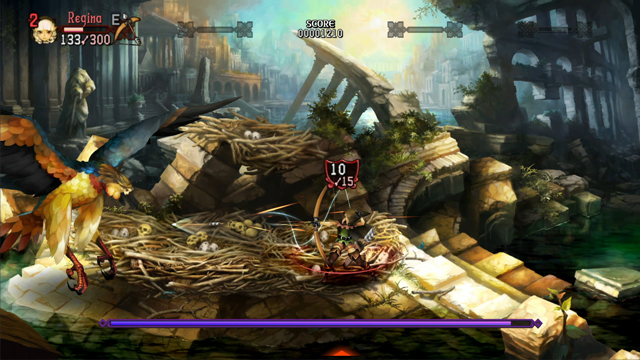 Dragon's Crown have cross-save, but no cross-online play

Dragon's crown site updated, and has some new information about multiplay

PS3 and Vita version have cross-save features, but it does not support cross-online multiplay between PS3 and Vita.

For online play there is random matching system where they match you with someone who have similar level as you.
Klicken um auszuklappen...
You must log in or register to reply here.
Teilen: Facebook Twitter Google+ Reddit Pinterest Tumblr WhatsApp E-Mail Link
Top